Build to Rent (BTR) has been a hot topic in global real estate circles for the last few years.

In the UK an increasing number of projects have come to market in recent years so the UK Build to Rent is no longer restricted to industry insiders.

Many tenants are now living in these buildings, and the entire asset class is starting to become the focus of the real estate industry. Build to Rent tenants appear to come in a variety of demographics.

According to The Times, university leavers and young professionals are being joined by older “tactical renters” who choose to rent for a variety of reasons.

Build to Rent may be a growing global phenomenon but it’s still very new in Australia.

The concept was first thrust into the spotlight as a part of the 2019 federal election campaign when Labour proposed taxation reforms for Build to Rent in Australia.

Since then, the term has started to become more reported in mainstream media in Australia. BTR is opposed to the common build-to-sell method, where a developer builds a residential development and sells the apartments to individuals to either live in or rent out as an investment.

Build to Rent is part of a growing institutionalised housing market and is particularly attractive for institutions, both local, international and sovereign funds that want reliable, steady income as well as exposure to the Australian residential property market.

Opportunities for sophisticated private investors (or family office type investors) are more limited, and tend to be restricted to investing in property funds.

Investors wanting double-digit annual returns and/or “windfall” type gains would be well advised to try to get in - quickly and early - on the ground floor with private developers looking to enter this market. Mostly minimum investment amounts in Australia would be around the A$500K region. 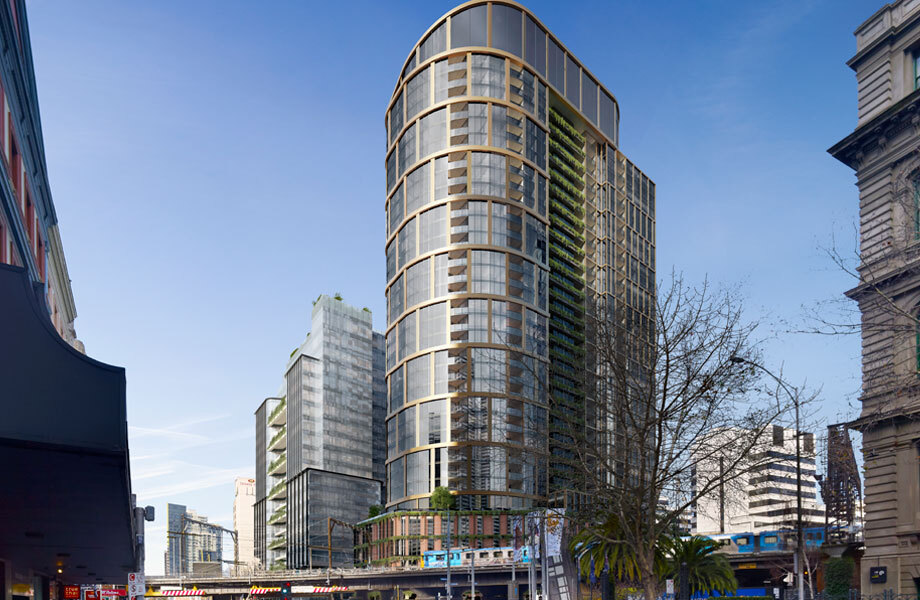 As Australia looks to construction to help rebuild the economy post-Covid-19, developer Mirvac continues to grow its Melbourne office and build-to-rent pipeline, revising plans for a $1 billion complex on the site of the former Melbourne Convention Centre. 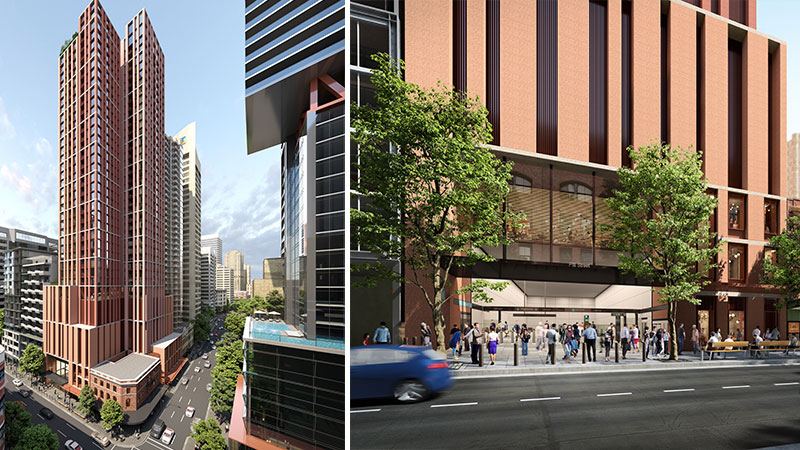 Oxford Properties has lodged a development application for a 39-storey, build-to-rent residential tower, the first of two towers for the Sydney Metro Pitt Street over-station development.

BTR Could recover quicker than any other property type, while offering a safe haven for investors.

June  2020 - It’s a case of hindsight in 2020 – thanks to income supplement schemes and social welfare, the rental income from multifamily/build-to-rent assets has been more stable than rental income from commercial/industrial assets. In this episode, we breakdown the build-to-rent market, discuss the impact COVID-19 has had on this asset class and how it could recover quicker than any other property type, while offering a safe haven for investors. CBRE PODCAST:

May 2021 - Blackstone, one of the largest private equity firms in the world, has snapped up a brand new but vacant apartment tower in Brisbane’s inner-city suburb of Kangaroo Point, with plans to convert it into a build-to-rent asset.

February 2021- US  build-to-rent specialist Greystar has secured its largest capital raising to date to support new projects being rolled out within Australia’s emerging build-to-rent sector.

Is Build-to-Rent the next big thing in  property?

January, 2021 - It’s an often-misunderstood housing type, but it’s now being tipped as likely to be one of the biggest commercial asset hits of 2021.

December 2020 - The number of homes built explicitly to rent out is set to take off in Australia over the next 5 years...

December 2020 - Cromwell Property Group will push on with development at 700 Collins Street, after receiving approval for its mixed-use build-to-rent apartment, office and hotel tower in Melbourne’s Docklands precinct.

Build-to-Rent Should be A Third of Apartment Pipeline: Report

November 2020 - Increasing the number of build-to-rent apartments to 50,000 over five years, is the quickest solution to increase housing choice, according to a report by Allens and Urbis…

October 2020 - The companies this week launched The Places Build to Rent Fund, inviting investors to participate in a $132 million capital raising that has attracted $66 million in pre-commitments.

The Australian groups, which have partnered previously on a residential projects across the US, have secured a prominent waterfront site in Brooklyn, and will now move ahead with plans for a $1 billion build-to-rent project.

19 August 2020- After leading Australia’s push into the build to rent sector, Mirvac today signalled a new era in housing choice with the official opening of LIV Indigo at Sydney Olympic Park, the first residential community in NSW designed and built exclusively for renters.

11 August, 2020 - There’s a long list of common rental gripes, from not being allowed to paint the walls to having to haggle about keeping pets or hanging paintings. And if the owner wants to move back in or sell the place? Start packing your boxes.

Building the case for build-to-rent

11 August, 2020- A weight of capital is looking to enter Australia’s build-to-rent market, says Savills, as fresh research suggests BTR will follow the UK’s growth trajectory where 8,000 units were delivered over five years.

3 August, 2020- Select Property Group Managing Director, Adam Price, looks at tenant priorities post-lockdown and why build-to-rent could now be in-demand more than ever. A chance to work out what they value most from a home. Build to Rent was already the strongest residential proposition in the UK.

Plenty of potential for build-to-rent but support needed.

A CBRE analysis showed that Australia ranks among the top five markets around the world with the best BTR potential when all the investment fundamentals were taken into account.

6 August, 2020- New residential development sectors are gaining traction in Australia, with completed co-living units up by 46 per cent and build-to-rent up 38 per cent during the past 12 months.

4 August, 2020- The NSW Government’s package of measures for the build-to-rent sector, including a 50 per cent land tax cut for 20 years, will boost supply and choice, says the Property Council.

Build-to-rent on the cusp of exponential growth

22 July, 2020- Australia's BTR sector has crossed a landmark threshold of 11,000 units during the past 12 months, with 10,000 more in due diligence, with investors favouring assets delivering reliable income streams amid the coronavirus pandemic, a CBRE report says.

July 2020- Mirvac and Milieu have announced Albert Fields, a one hectare Build-to-Rent urban precinct in Brunswick, Melbourne, scheduled for completion in late 2024 that will provide the flexibility of renting with the security typically associated with home ownership.

Lone Star And Quintain Seek £1B Partner For Wembley PRS

27 July 2020- Lone Star is looking to bring in a funding partner on a £1B slug of the Wembley Park private-rented residential scheme being built by Quintain, the developer it owns.

BTR Could Be Poised For A £1B Quarter

10 July 2020- The build-to-rent sector could be about to see a big spike in investment volumes, following a sharp drop brought about by the coronavirus pandemic.

6 July, 2020 -  New South Wales will be the first state to fund a dedicated build-to-rent model, Minister for Social Housing Pru Goward revealed on Friday. The minister revealed that a Communities Plus housing site in Redfern would be home to the nation’s first ever build-to-rent housing model.

Build to Rent: what’s in a name?

June 2020- We have a very long way to go with BTR in NZ, but, irrespective, the potential is certainly very exciting indeed JLL’s research team, based in Auckland, New Zealand.

22 June 2020- French investment giant AXA Investment Managers - Real Assets is in advanced talks to buy the famous 1M SF Dolphin Square apartment block for around £850M, in what would be by far the largest ever deal for a single UK rented residential asset.

June 2020- More than two years in the making, the deal is a show of institutional confidence in the viability of the local build-to-rent sector-previously overlooked for the higher yields of commercial office or traditional build-to-sell markets.

8 June 2020- As tenants move into the first commercial development in Sydney, Australia this month, the New South Wales (NSW) government will consider land tax changes that encourage the fledgling Build to Rent.

If these challenges are addressed, build-to-rent assets can provide steady income for investors, improve housing affordability in Australia, and give tenants.

‘This Could Be BTR’s Moment To Make Its Case’

27 May 2020- You don’t really know how resilient a new sector is until it has been through a recession. In that sense, UK build to rent is undergoing trial by fire. The sector is well-positioned to outperform other areas of real estate, according to a panel of experts.

Dec 24, 2019- Mirvac will continue its revolution of the apartment sector with plans to put up a build-to-rent apartment tower at the former Melbourne Convention Centre site in Spencer Street which it snapped up for $200 million on Christmas Eve.

26 November, 2019- Coinciding with shifts in international investment markets, a developing demographic profile and residential consumer sentiment have combined to enhance the prospects for the emergence of a build-to-rent sector in Australia.

It Is Not Developers Who Are Driving Quality In BTR, It Is Investors

20 September 2019- Although the UK’s build-to-rent sector is still considered to be in its infancy, it has grown rapidly across the country. In the first half of 2019, £1.4B of institutional investment poured into the sector, according to CBRE’s UK Residential Investment Marketview, which is 20% higher than H1 2018. Growth is expected to increase in pace even more over the next five years.

April, 2020- There is little data available to highlight how the nascent institutional private rented sector is faring in the face of the coronavirus. But a trading update by listed landlord Grainger indicates the sector is proving resilient so far, especially compared to other areas like retail and leisure.

16 December 2019- Build-to-rent (BTR) is an innovative and exciting opportunity for the Australian property sector. It is no secret that the country's rental market demand is...

6 December 2019- Build-to-rent (BTR) is not a well-known term in South Africa, but is an investment model to watch. Globally, BTR is proving itself to be a key deliverer of quality, affordable housing and shows potential for very promising yields to investors.  Build-to-rent investors can expect returns of around 9.5% net yield and a 2-3% capital growth in year one.

A Rare Glimpse At The Financials OF BTR Giant Quintain

25 September 2019- Although the UK’s build-to-rent (BTR) sector is still considered new, it has already evolved. Both investor and societal pressures are pushing the model to adapt, to create the homes that customers want and to provide them in a way that suits our changing ways of living.

5 August 2019-U.S. investor and developer Cortland Partners has continued its assault on the UK build-to-rent market with the purchase of specialist operator and consultancy firm LIV Group.

22 July 2019- Investment in the UK build-to-rent sector slowed in the second quarter of 2019, according to new data from CBRE. And yet, the first half still set a record for investment in the growing sector.

Can BTR Continue Its Record-Breaking Run?

10 June 2019- The build-to-rent sector is on a roll. The first quarter of this year saw a record £1B invested in the sector, according to CBRE, and a 34% increase in the number of units completed, according to Savills.

Aurient Investment Partners is a private real estate company based in Hong Kong, investing in specialist segment Build to Rent projects in Australia in association with proven and established development partners.